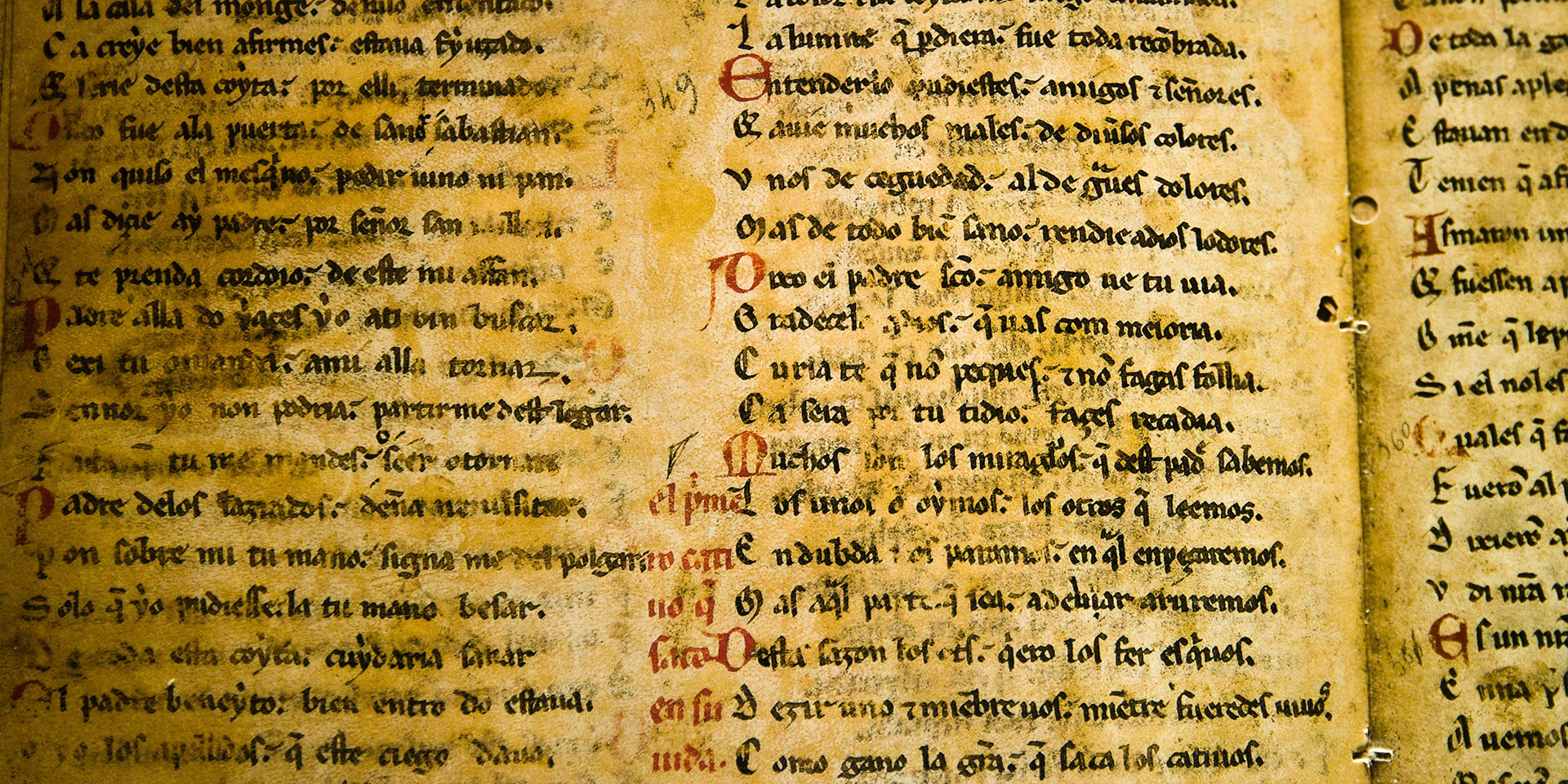 Where does the Italian language come from? What is its origin? Just as with other languages like French, Spanish, Portuguese, Romanian, Ladin and Catalan, the Italian language derives from Latin. However, not from the Classical Latin that Cicero or Julius Caesar spoke, but from what linguists call “Vulgar Latin” that was spoken in the Middle Ages. During this period, in fact, people didn’t speak Classical Latin anymore since they didn’t know it: only writers and scholars continued to use Latin in their books. On the streets and in the family, people spoke a different language, a simpler one: Vulgar Latin or Colloquial Latin. Let’s see how the Italian language developed, established itself and spread.

After the fall of the Western Roman Empire (476 C.E.), Latin remained for a long time the language for written communication –  the only language used for literature and official documents.

The spoken language, however, was a different issue. Already before the fall of the Empire (III-IV century CE), Latin wasn’t widespread nor was it the native language of any population. Only the upper classes and religious orders continued using it.

What language was spoken at home, among friends and in daily life? Vulgar, literally meaning “the language of the Volgo” or of the people.

As of the VI-VII century, the use of Vulgar Latin (which, in reality was not a single language spoken across the territory of the former Empire, but had the form of multiple regional dialects) began to spread extensively; the first to use Vulgar Latin in public situations were notaries, merchants and religious persons who wanted their sermons to be more understandable and persuasive. While Classical Latin remained the Church’s official language, Vulgar Latin became a fundamental means for the diffusion of the Catholic faith and was widely spoken by Churchmen.

Vulgar Latin, which started during the fall of the Empire as a language for the people, became, around the 11th century, the language for commerce and religious propaganda. But only starting from the 13th century did it firmly establish itself as a literary language (hence, written).   This is where the Italian language began to develop.